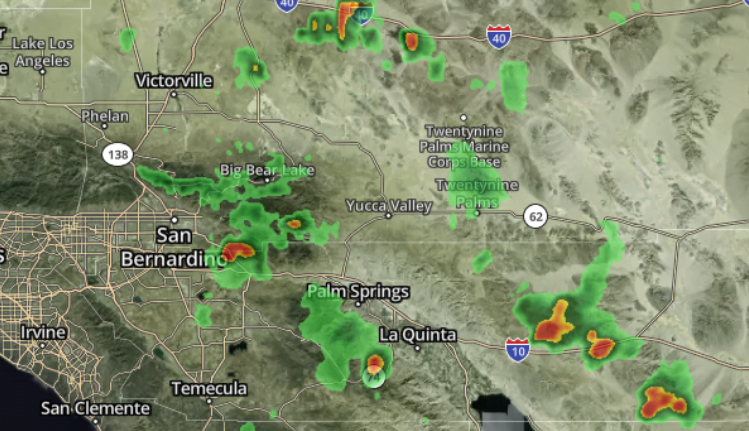 Flash Flood warnings: Radar images indicated thunderstorms producing heavy rain in Riverside County, with amounts up to 1 inch in areas that include:

Streams and drainages that may be impacted include Seco, Arroyo, and Iris washes, as well as Corn Spring Wash and Ship Creek.

The warning for these areas is in effect until 9 p.m.

Additionally, north central Riverside County and southeast San Bernardino County are under Flash Flood warnings until 5:45 p.m. in areas that include:

Roadways may become flooded and impassable, with the potential for mud and debris flows on the southwest portion of the El Dorado burn scar.

This article is republished from Ktla.com under a Creative Commons license. Read the original article.